4 months 1 week ago #80938 by Buc
Replied by Buc on topic Todd Monken new offensive coach hire for UGA?
Fully expect to see this formation in 2020. 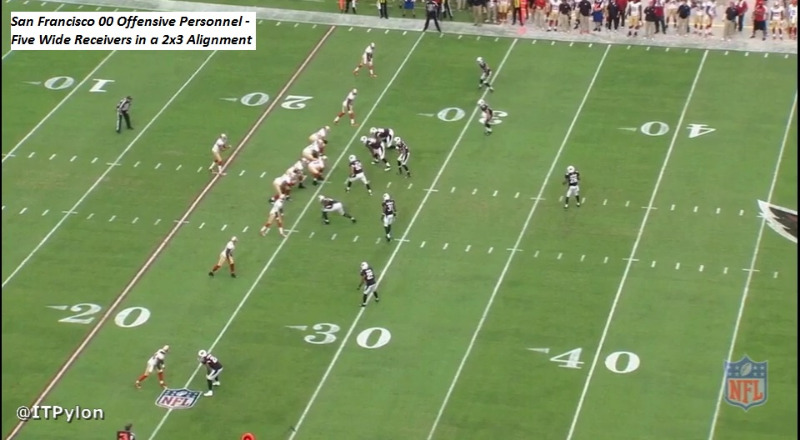 Less More
4 months 1 week ago #80941 by Buc
Replied by Buc on topic Todd Monken new offensive coach hire for UGA?
Read an article on the internet that brought attention to the offense that has been a huge conversation piece for some time. I repeat these two words again “some time”.

Coach Smart is the reason that Jake Fromm decided to not attend Alabama. Jake came to Georgia when it became clear that Kirby Smart would be the head coach.

Jake Fromm knew that Kirby Smart was a run first offensive supporter. Statistics point that out clearly. Stats that had many beginning to question just how good was Georgia going to be under the new head coach. Defensively, awesome.

Many believed that the hiring of Jim Chaney was predicated on also getting Sam Pittman. Seemed to work at first, then the eyebrows began to raise. Losing a couple of games each year, but the overall play was sometimes as good as any team in the country. Chaney departed, soon after Pittman left.

Any doubts that elevating James Coley into the position of offensive coordinator were not noted until the 2019 Season. There were some rumblings prior to 2019, but . . . . it got a lot louder in 2019. James Coley did what the coordinators before him had done, run first and often because we had the biggest, baddest offensive line in college football. I bought into a large portion of that and I still do not point my finger at James Coley for the offense that we ran. He did not more or less than those before him. Before him being prior to and including the arrival of Kirby Smart. Coach Smart said loud and clear for all to hear that he was a run first believer. Since Kirby arrived our offense did just that.

Takes me to this. What changed Kirby Smart’s thoughts about offensive play calling? Was it LSU? If that is the case, then I can get on board with that decision. Appears Georgia is going to “dump” ages of run first, move up to the way football is being taught in high school and forward thinking college coaches. Kirby had problems with Jim Chaney, had problems with James Coley. Call it like it is . . . . Kirby hired both. Have said this before, even before the latest offensive hiring, Kirby do what you do best and that is not play calling on the offensive side. That has been proven to be factual in some of the decisions he made prior to the hiring of Todd Monken. Ball now goes into the air and many, many times that will be on first, second maybe third down. Coach Todd Monken will run the same play over and over until the opposition defenses those plays. Did that while offensive coordinator in Tampa.

Much more to say, maybe later. High powered coaching changes like the one that just occurred in Athens tend to get the FANS attention. Got mine.
The following user(s) said Thank You: yankeedawg1

Your point has been underscored....Buster Faulkner has been hired

Less More
4 months 5 days ago - 4 months 5 days ago #80978 by scooby
Replied by scooby on topic Todd Monken new offensive coach hire for UGA?
Will be surprised if coach Coley stays at uga. Don’t see any guy with a coaching ego taking this and saying “okay”. I’d be getting out even if it was to a pay cut.

Edit....just reading up on coach Monken. Surprised how much guys like him change jobs. Never stay in one place more than 3 or so years. Looks like competent guys would find a home. Not Monken in particular, just coaches in general. Assistant coaching is a revolving door...

Coley's stock isn't exactly bullish right now. My suspicion was that A&M would have come calling by now, but apparently that's not happening. I think he stays put for a minimum one more year until other opportunities open.

I don't tie the Pittman departure with Chaney's. I think the opportunity of a lifetime opened up for him and he took it. It's the rarest of rare chances that an O-line coach gets coronated a head coach with no OC experience. He would have been crazy not to take that job if he had HC aspirations. I think if the Pig Palace hadn't come calling, you'd still see Pittman at UGA this season.
The following user(s) said Thank You: yankeedawg1